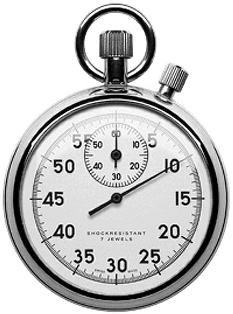 Rosemary, was a woman who left an abusive marriage and worked her way to the corporate top in a time when society’s expectations of women were domestic in character.  Bronnie came to care for Rosemary in her dying days.  Toughened by life’s circumstances, Rosemary remained tough, even harsh in the way she treated her carers.  Bronnie’s finance career background and experience afforded a slight softening of Rosemary’s attitude.  In her book; ‘The top 5 regrets of the dying’, Bronnie Ware describes some dying, end of life regrets, perhaps, so we might learn a thing or two before its too late.

Rosemary’s mornings were underscored by bitterness and discontent.  She was most abusive to her carer in the mornings.  In an exceptionally bitter tirade, Bronnie called a halt and issued an ultimatum.  Rosemary must be kinder or else she would leave.  The response was a loud directive to get out of the house immediately.  Bronnie remained and stayed silent, just looking at Rosemary.

Silence in this tense conflict between employer and employee, between the soon to die and her carer, passed for a few moments. Seated close enough together Bronnie asked if Rosemary was finished?  “For now” came the reluctant reply.  Later Bronnie recalls Rosemary looking very lost, like a little child.  Its interesting that Bronnie had a disposition to see past the presenting hostility and find a little lost child.

After that little crisis, the relationship with Bronnie became a little friendlier.  Rosemary was dedicated to organising her finances, making plans that, with ever failing health, would never be realised.  Her controlling personality persisted to some extent.  She complained about Bronnie’s humming and her being “happy all the time”.

In the increasing softening of their relationship Bronnie was inclined to subtly share some wisdom.  suggesting happiness is a choice to be made every day… or not, proved important for Rosemary.  Finding blessings and meaning in daily life even in the face of particular challenges are distinct possibilities, open to us all.

While caring for Rosemary, Bronnie  received a diagnosis of her own which her specialist insisted required urgent major surgery.   There is no space for fear in a journey of healing and Rosemary’s residual barking bitterness was not much more than fear being vented.  Bronnie’s speculating on her own future, the prospect of her passing from her own disease without surviving to old age, meant experiencing emotional pain and old memories of past hurts.

Realising that her life already lived was filled with wonderful people and experiences provided a sense of peace for Bronnie like never before.    Attending to her diet, meditating and visualisation processes all helped her.  Routinely checking in with her body, she interpreted even minor ailments as indicators of unhelpful prior thoughts.   Even in times of few opportunities for happiness, there can be peace within acceptance of the current difficult experience.  Just has happiness passes, so too with misery or fear.

The debate with Rosemary over Bronnie’s excessive ‘happiness’ continued.  Bronnie suggested that Rosemary ‘pretend’ to be happy, to fake a smile for about 30 minutes, just to see what might happen.  Rosemary reported that she believed she never deserved to be happy.  The scandal of her marriage breakup from the distant past contaminated Rosemary’s present  because she had allowed it to.

It is good to wonder sometimes how our own past experiences are permitted to influence our present state of mind and behaviour.  Resentments are said to be like taking poison and expecting another person to die.

With tenderness deepening between the two, Rosemary came to the realisation that she was, in fact, fully entitled to be happy and regretted that she hadn’t let herself be so.  In her 80s and very close to death Rosemary was able to declare; “I am starting to like who I am these days.”

So much time had passed for Rosemary.  Are there lessons here for us? I’d like to learn what happened for you in reading this.

This little piece was informed by Bronnie Ware’s book; ‘The top 5 regrets of the dying.’  Published by Hay House 2015.

Please drop by soon for more posts.   You never know, you might just find something helpful.