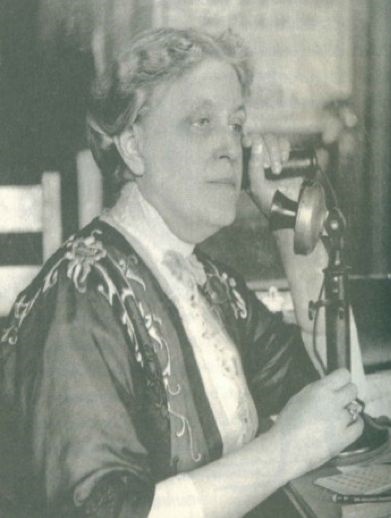 The ‘Seekers’, was the name of a cult who believed outer space aliens in flying saucers (from the planet Clarion by the way) would come to save them from the horrible flood which would end life on earth.  Dorothy Martin (an ex-scientologist) claimed to be receiving secret messages detailing the impending doom.

Precisely at midnight on December 21st, 1954 was the time that everything as we know it was to come to a horrendous end.  The Seekers gave up their homes, their money, everything, in advance of this event.  They had absolutely invested in their belief.

One of seekers was a fraud.  He was Leon Festinger.  He was very interested in how the members of this cult would react when, as he believed, there would be no flood to speak of, no devastation, and no end of civilisation.

So, the time came, and past, and nothing! Zilch! Zero!

Here was a bunch of people standing around. No aliens and not a flying saucer in sight! Nada!

Festinger coined the (now common) term; ‘cognitive dissonance’.  This he defined as:

“…a state of tension that occurs whenever a person holds two cognitions that are psychologically inconsistent.”

The interesting power underlying the Seekers’ curious response to the non-event was their need not to face the truth and change their minds but relieve their tension, to make themselves feel comfortable.  They ‘explained away’ the reality, they rationalised it.

When reality conflicts with our beliefs, we accept the new reality, explain it away (as the Seekers did), or deny it in order to reduce the dissonance between our ideas about how things should be and how they are.

Sensory acuity, self-objectivity, self-knowledge defeats any need for denial.  I have seen addicts, abusive people, deny any problem when the contrary evidence is mounting daily.  They come for “help” because they were sent, there is no problem except with other people in their lives.

People sometimes talk themselves out of going to social events by offering ‘reasons’ such as; “it’ll be too hard to get a cab at that time of night.”  This ‘reason’ is favoured over the more uncomfortable reality that, as soon as the invitation was received, I felt extremely anxious and worried about other people’s opinion of me.  Excuses are the lies we tell ourselves!  Excuses shield us from painful truths.

An alternative approach is to notice my discomfort, my anxiety process in operation, and feel the fear and go anyway!  Some even advocate celebrating the fear response!  “Great, awesome! This means I’m facing inconvenient truths rather than soothing myself with excuses.”  In a similar vein, I encourage people working on weight loss to reframe their hunger experience to be a cause for celebration!

Denial is a form of protection, a defence mechanism, a protective behaviour and cognitive dissonance is not just something relevant to a curious cult in 1950s America.

I first went to see George for smoking and had a great experience.  It was my first experience with hypnosis but I was willing to have a go to get my health back.  I just got engaged and wanted to keep my health good.  The experience of hypnosis was really surprising.  in a few minutes I felt so very relaxed and really comfortable with the idea of being a non-smoker. I went back to George for other issues since and have been very happy with my results every time.   He gives plenty of time and knows a lot more than just hypnosis.   I got to understand a lot about what makes me tick and his stories and conversation is very helpful.

the smoking was fixed in just one session and the other issues I dealt with took a few more and given the time for each session I was more than happy with the value I received.  George has an easy going style that I like and found helpful especially when discussing very serious matters.