Dr Stephen Karpman’s triangle, aka; the ‘drama triangle’ is a useful model for explaining dysfunctional conflict in relationships.  In use since the late 1960s, it is also an expedient therapeutic aid. It assists clients reach awareness of just what is going on in toxic interpersonal conflicts. The model highlights, with great simplicity, the alternating roles of victim, persecutor and rescuer.  Karpman’s use of triangles proved to be a very simple path in assisting understanding of the, often unaware, ‘games people play’ in conflict situations.

In essence, the Karpman drama triangle maps out roles occupied in toxic conflict relationships.  People may enter into committed relationships based on apparent ‘compatibility’.  People who learned to feel like a victim may find the attentions of a rescuer very appealing; someone to take care of things, someone to watch over me…

Take a look at the diagram above.  The arrows indicate a certain rotation of roles.  The victim may become a persecutor when they ‘turn’ in frustration and criticise the rescuer for their excessive, even stifling, attentions.  The rescuer now becomes the victim.  Or, the critical, controlling persecutor is stopped in their tracks by a reactionary victim and they in turn become the victim feeling disempowered through the imbalance in unconsciously expected power relations. 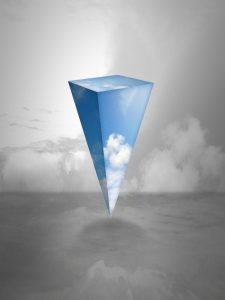 Karpman  points out that these roles (victim, persecutor, and rescuer) can rotate within a single individual as their negative experiences are assessed in different ways at different times.  For one example, a person may feel like a victim of life itself, feel unappreciated, or generally unfulfilled.  They may come to find the refrigerator a great rescuer!  Copious amounts of gelato and chocolate chip cookies can imbue the victim with a sense of comfort and even reassurance!

Alternatively, an individual’s internal dialogue may be persistently persecuting.  Self-criticism via ‘auto-pilot’ can be as damaging as any external critique.

Such experiences, victim, persecutor, or rescuer, are not resourceful.  So why do they persist? What’s the pay-off?  Sometimes people remain in such states because they are familiar to the point of seeming absolute.  There is not way out.  ‘Victims’ may realise what’s happening but believe they’ll stay until things improve and things will only improve when someone else does something.  “Improvement” may mean; “until I get more of my needs met”, until there are even more considerations offered to me.

The rescuer may stay put because of felt needs of responsibility.  “If I don’t give my addicted son money for heroin, he’ll hate me.”  Alternatively, the rescuer might run an internal dialogue such as; “I can’t let my child down, that would be awful. What kind of awful parent would do such a thing?”

Rather getting than fretting

Within such stuck states it appears, by definition, choice is absent. Truth is, there are a lot of ways out of this triangular pathology.  Karpman suggests simple shorthand phrases that have some merit.  As far as internal dialogue improvements go, the victim considers; “I’d rather be getting than fretting”.  This is where the victim has been fretting for such a long time that they come to the conclusion that their needs must be met by other means.  Change is now seen as not just necessary but possible.

Karpman, when addressing a brief therapy workshop in 2008, referred to some shorthand phrases that can prove useful.  The rescuer can say; “I’d rather be smarter than martyr.”  The rescuer realises the sacrifices are far too great and it’s time to get out of this role.  Getting out can mean significant change to life itself as subtle and even overt pressures to maintain status quo can be powerful.

The persecutor is blaming and critical.  They accuse the other of failing in some ways.  “You’re the reason our son is lazy.” Or “it’s all your fault that our families don’t get on.”  To get out of this role, the persecutor must have compassion for self as well as others in the drama triangle.  This usually comes as a result of a powerful reframe.  for one example, when the child who has been subject to sustained control, criticism and bullying from a parent suddenly turns and asserts their rights, their power and personal resourcefulness.

In therapy, much good can come of using this very simple tool provided a long time ago now by one of the members of a broad school known as Transactional Analysis.

Drama triangle in the festive season

I mention the now well-worn drama triangle at this festive season as I notice the media commercials showing brightly lit beaming joyous families enjoying whatever product is advertised to make their Christmas complete.  Domestic violence shelters are brimming, if not beaming, at this time also http://www.smh.com.au/federal-politics/political-opinion/for-many-women-tis-the-season-of-fear-not-joy-20101220-193lb.html

Brene Brown’s TED talk may appear to have little to do with what has gone before but understanding compassion is also to  understand vulnerability and the reality that many problems are attempted solutions.  Intoxication is an attempt to solve the problem of emotional pain.  Hostile, defensive outbursts, are sometimes attempts to protect a terrified private self.  And, as Brown says somewhere in the TED; “you cannot selectively numb pain”.  Take a look here… 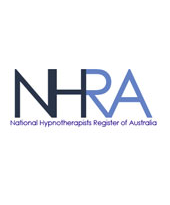